EuroBiCon brings together bisexual people and their allies from across Europe and beyond to share ideas, stories and have fun in a safe and friendly space. This multiple days event ties in with EuroPride celebrations, guaranteeing an exciting and action packed long weekend for all who attend.

The conference theme ‘Join our VisiBility’ emphasizes the visibility of bisexuality. Bisexuals are the largest group of LGBTI people and the least visible. EuroBiCon will be a place where attendees exchange information and experiences in the areas of freedom of sexual preference and the position of bisexuality within societies across Europe. As a platform for sharing and initiating projects, the EuroBiCon aims to improve bisexual visibility throughout Europe.

By offering a diverse choice of over 60 workshops the conference will be an inspiring experience for anyone who is involved with (bi)sexual identity. The overarching themes are: diversity, health, biphobia, representation and light & fluffy. For of course this event will not consist of only science and education. There will be ample room for relaxing during informal gatherings, ranging from creative crafts to sparkle at parties.

EuroBiCon is open to all, regardless of sexual orientation, gender identity and expression, and sex characteristics. In fact, it seeks to increase dialogue and discussion amongst members of LGBTI organisations and communities. 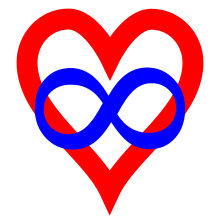